Jay Heaps will have to make some difficult decisions this week with D.C. and new York both due in town for league-play and Open Cup respectively. If winning is the priority on both fronts, as it should be, then the New England gaffer will need to find a balance with his roster and who takes the field for each match-up.

The New England Revolution are staring a "trap game" straight in the face as the struggling D.C. United limp into Foxboro on Saturday. The Revs are riding high on confidence right now after spanking the Galaxy 5-0 last weekend, underscoring their recent 3-game winning (4-game unbeaten) streak. If they want to keep pace with teams like the Philadelphia Union, Sporting Kansas City, and the Houston Dynamo, all of which currently sit ahead of the Revs in the table by 3 points, then beating D.C. United this weekend is an absolute must.

However, there's also Wednesday night's U.S. Open Cup 4th Round match against the New York Red Bulls to consider. If the Revs can manage to beat New York at Harvard University, then they will travel to either D.C. or Philadelphia for the 5th round match. With the Revolution's current run of form, there's reason to believe that New England could take either United or the Union on the road (knock on wood). But the Red Bulls are an obstacle that presents a tough challenge for Jay Heaps' squad, and one that warrants some legitimate planning.

New York is currently on a brief 3 week hiatus from league play. That's not good news for the Revs. There is reason to believe that the Red Bulls could come out swinging with an almost full-strength lineup. Thierry Henry will likely not be a factor for New England to worry about due to the game being played on turf coupled with reports that he's hanging out in Columbia with Juan Pablo Angel during his break. But the likes of Tim Cahill, Fabian Espindola, Dax MacCarty, and Jamison Olave (to name a few) simply cannot be counted out. Truly any of New York's regular starters will give the Revs a real headache if they play, which is why New England needs to bring as many of the big guns to the mid-week rumble as they can.

With all this in mind, Jay Heaps will have to find a balance with his squad so that key players can be the difference makers they need to be during these two matches. D.C. United should absolutely not be taken lightly, and this is why Heaps will probably lean towards using most of his regular starters such as Diego Fagundez, Jose Goncalves, Bobby Shuttleworth, and Lee Nguyen on Saturday. But there are other players who Heaps may want to consider saving for Wednesday.

For example, perhaps Heaps can do without Juan Agudelo and Kelyn Rowe on Saturday so that they are fresh and ready to conduct the Revs' potent offense against New York. Perhaps Darrius Barnes could line up alongside Jose Goncalves over the weekend to ensure that Heaps can deploy the duo of A.J. Soares and Stephen McCarthy at Harvard on Wednesday. And then there's the fullback situation to consider, with essentially only three being available to Heaps across both competitions due to Bilal Duckett being cup-tied to the Rochester Rhinos.

These are the types of decisions that Jay Heaps will have to face. Based on the lineup that faced Rochester last week, there's reason to believe that the Revs are indeed taking the Open Cup tournament seriously this season. The squad that takes the field against New York will need to reflect that as well.

Just for fun, here are some potential starting lineups for the two upcoming matches that I think could get the job done on both fronts: 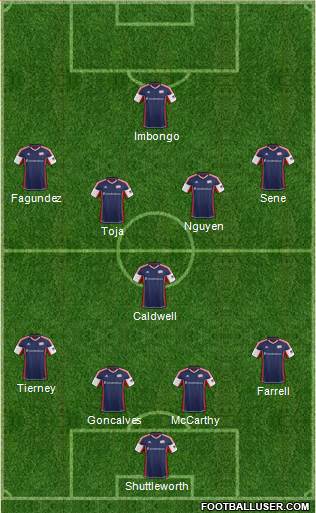 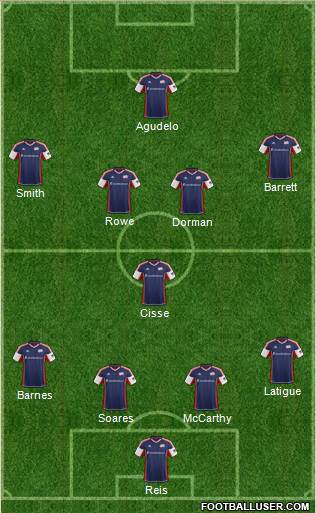 What do you think? Should Heaps rest some regular starters on Saturday so that they are full-strength for Wednesday? Or is it a better plan to roll out a normal starting XI against a desperate D.C. United and simply trust in the depth of the squad for the Red Bulls match-up? Let us know your thoughts in the comment below!