The sting of losing to Kansas City on Wednesday night and bowing out of the playoffs is still fresh, but we must look ever forward and examine how the Revs will get back to the postseason and be better than ever. In fact, Wednesday's match - and several late-season matches - showcased some of the areas of greatest concern for the Revolution in 2014.

Some people would say that the New England Revolution should have been happy to be in the playoffs at all, and that a Semi-Final loss to Sporting Kansas City was to be expected. Winning 2-1 at home was a great result, as was going into Sporting Park and forcing extra time. It's small comfort to the players and fans, of course, but to the dispassionate observer, the better team advanced and the Revs should be happy to have been along for the ride.

Yeah, well, some people can say whatever they please. We'll be over here talking about how it could have been better.

Revs' Championship Dreams are Over 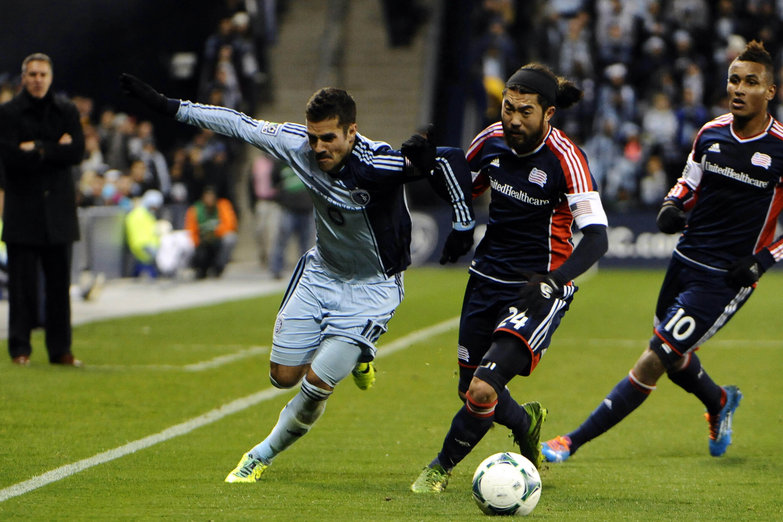 A 3-1 Extra-time loss in Kansas City has knocked the Revs out of the playoffs 4-3 on aggregate.

The Revolution players absolutely gave their all and left it on the pitch on Wednesday night, running themselves completely ragged over 120 minutes of difficult soccer as they tried desperately to keep their season alive at least one more week. In the end, though, pure effort wasn't enough, and the problem was really a disturbing lack of class, quality, and polish in the team's game. New England was missing a lot of the savvy and pizzazz that characterized most of their season, and in a match where only the best would be enough, they wholly and completely failed to deliver.

Of course, sitting back and saying "you didn't play well enough!" is easy, but it's more difficult to point out how and why. We're going to try that here, while simultaneously pointing out the weak points in Wednesday's match that were indicative of greater issues to be addressed in the offseason.

Obviously there is plenty more to go over, but these are just a few of the major points I saw from a general standpoint. Feel free to add your own in the comment section below.