On Thursday, we analyzed the Breakers' first October trade, sharing our opinion of the Courtney Jones acquisition. We're ready for round two: the departure of midfielder Mariah Nogueira.

The off-season breakdown continued on Thursday, when we ultimately praised Tom Durkin's crew for acquiring forward Courtney Jones. In round two, we offer a different perspective, questioning the departure of midfielder Mariah Nogueira.

Last week, the Breakers completed yet another trade, sending Mariah Nogueira to Seattle in exchange for two third-round draft picks. The strong-willed midfielder scored three goals and added one assist last season, displaying a knack for beating defenders in the air. After appearing in 20 matches (16 starts) in 2013, Nogueira solidified her role as an unsung workhorse on an attack-heavy roster, consistently contributing strength and physicality in the middle of the field.

Now with significant depth ahead of January's draft, the Breakers will look to fill Nogueira's void with youthful talent. 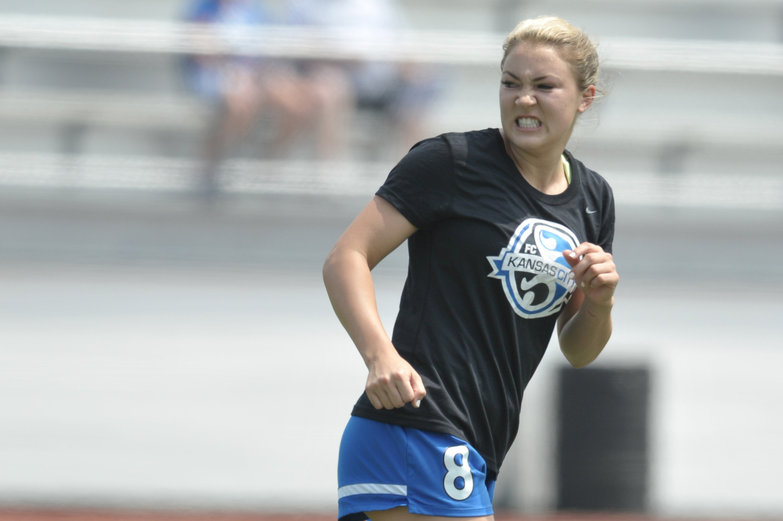 Nick delves a little bit deeper into the Courtney Jones trade in Part 1 of his October Offseason Breakdown.

While predicting that Durkin & Co. would reduce the attacking unit, we also foresaw a move to add midfield depth. We weren't entirely wrong  -  forward Courtney Jones may fall into a natural midfield position  -  though the decision to part ways with Nogueira comes as a considerable surprise. The Breakers will now boast Heather O'Reilly, Joanna Lohman and Kaylyn Kyle as true midfielders, with Maddy Evans serving as a defensive hybrid. An injury to the midfield would prove devastating, as the unit stands today.

Of course, Billiard and Durkin will actively look to add at least one midfielder during the 2014 draft, replacing Nogueira with a "younger" center-defensive midfielder (Nogeuria will be 23 on opening day). Expect Kyle to fill Nogueira's holding role, providing strength in the middle between attack-minded midfielders O'Reilly and Jones.  We would've liked to have seen Durkin develop the Westminster, Calif. native, though we do not doubt the presence of a master plan  -  one that will unfold on NWSL draft day.

The NWSL draft always provides optimism, though it seems hard to believe that Durkin's crew will acquire comparable talent for a midfielder who scored three aerial goals in 2013. The "C" grade expresses our optimism (and faith), compared with our frustration that Nogueira will develop elsewhere.

Agree with our two-part anaylsis? Think we missed the mark? Let us know by commenting below.