Known for a historically stingy defense earlier in the season, New England's preventative unit regressed a bit in the second half. However, it was an inspired late-September and October run from that same group that powered the Revs into the playoffs.

Going into the All-Star break, the New England Revolution were looking like one of the best defensive teams MLS had ever seen. They were racking up shutouts, stymieing even the most potent of offenses, and covering capably for a powerful-but-inconsistent attacking corps that was still finding its footing.

Going into the end of the season, that had changed. The second half was not nearly the same as the first for the Revs' defense, and while the offense had figured it out and started putting teams to the sword, it was worrying to see the miserly defense start to get a little loose. Several players lost their starting jobs as a result, and the back line/goalkeeping unit wasn't nearly as reliable as it had been earlier in the year. 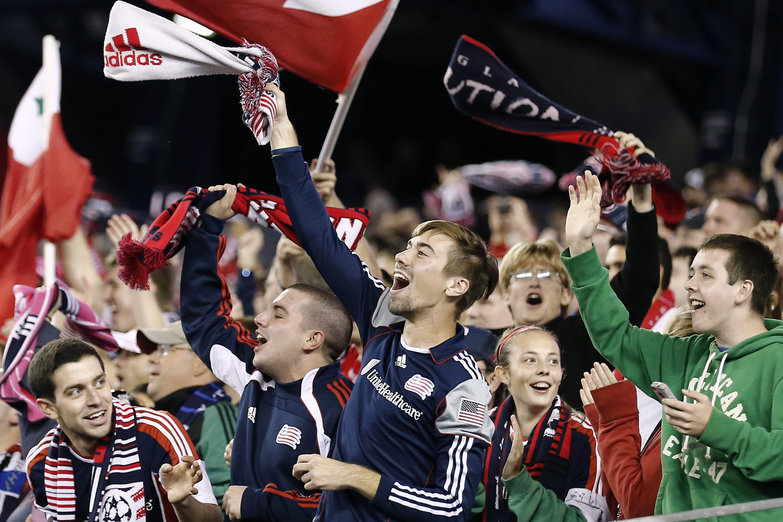 Could the New England Revolution have a date with destiny in 2013?

However, check out the last six matches of the regular season. New England needed to go on a powerful run to secure playoff qualification, competing neck and neck with Houston, Montreal, Chicago, Philadelphia, and Columbus for two or three spots in the East standings. As we all know, they did exactly that.

The offense was important in that run, outscoring Columbus in a shootout and posting ten goals in six matches, but the defense may have been even more essential. The Revs only allowed in six goals in that span and posted two shutouts - two road shutouts. The usual back line of Chris Tierney, Jose Goncalves, A.J. Soares, and Andrew Farrell really settled in and locked it down when it mattered, while Kevin Alston and Darrius Barnes filled in ably when required. Goncalves, in particular, is a clear favorite for Defender of the Year.

Also important to that run was Matt Reis. Reis made 11 starts this season, but the red card match against Montreal is basically a wash for him, so we'll look at it as 10. He was the keeper for all six stretch-run matches, coming into that sequence at 3-0-2 as a starter. He finished the season at 7-0-4, with a 0.72 goals-against average and five shutouts, including those two clean sheets on the road against Montreal and Columbus.

The Revs will now face the team that finished the season with the best defensive record in MLS: Sporting Kansas City. Defense will be needed more than ever, because goals are going to be very hard to come by. If the last six matches of the season are any indication, Reis, Goncalves, and their compatriots are more than ready for the challenge.