You all have watched videos on MLSsoccer.com and you have all been subjected this ad way too many times...

Lately I've been ever-so curious about Seattle Sounders midfielder Steve Zakuani. There was that time that Brian Mullan broke his leg. Ouch! That sucked. A LOT. But now he's back with the Sounders after an extensive rehab and has even helped them clinch a playoff spot this season. But he's still such an enigma to me.

I ain't even gassin' -Steve Zakuani

So, I got to asking myself: how does he work exactly? Well, I guess that one is easy! From what I've gathered, he plays soccer. He plays in the midfield. Most notably, he throws his arms up at referees sometimes, and then other times he makes crosses into the box that striker Eddie Johnson finishes off. Fun! 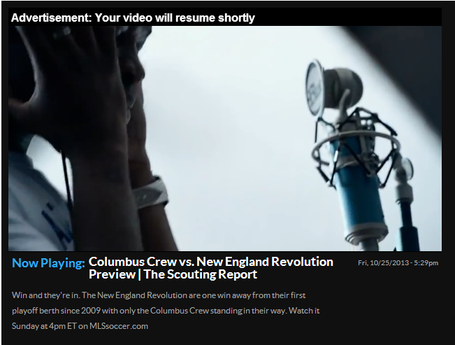 But, also, and more importantly, how does Steve Zakuani play? Well, it turns out HE IS ALSO A RAPPER! Can you imagine? A soccer player who also RAPS!? What a rare breed. Perhaps even the first of his kind (nope). It's such an interesting dichotomy to me. On the one hand, you have a midfielder, who was raised on London (England), and plays at a very high level in Major League Soccer. But then on the other hand, he also RAPS!? Well, if you're like me then you're probably asking yourself: what does he rap about?

I'm glad you asked! I have obtained very confidential information revealing the content of Zakuani's musical madness (read: GENIUS). I can only offer a small sample, but here's what I've got, direct from Zakuani's Word processor:

When I signed my deal the criticism piled in

Stamps in my passport I guess I been flying

Fly above the ocean now let me be frank ("Okay, can I still be Garth?)

I seen a lot of zeros in the bank

Still cant pay no attention to a hater

No attention to a critic I just elevate my rank

Elevate my grind by fueling my passion

And that's all I've got. Pretty intense stuff right? Between zeros in the bank and all the haters?! Plus all that air travel! Honestly, I'm amazed that he has the time and energy to rap on the side. Man, Steve Zakuani sure has an interesting life.

Well, I'm glad to share with you what I've learned about how Steve Zakuani works and how he plays. Now you know!

Author's note: I have absolutely nothing against Steve Zakuani, but for the love of God, MLSsoccer.com, let's shuffle up the advertising, huh?