Red Sox World Series Coverage and Bruins Rivalry Night: Where and What to Read

In case you're living under a rock, tonight's a pretty big night in Boston sports. The Sox begin their quest for a third world series in a decade, and if you're like us and you love New England sports, you'll be watching that game. Here's a look at where you should go for your reading and game thread pleasure. Oh, and the Bruins are playing the Sabres, too.

Share All sharing options for: Red Sox World Series Coverage and Bruins Rivalry Night: Where and What to Read

All right, so there's no soccer on tonight that we really care that much about (RSL-Chivas is meaningless to us, and apart from hoping Houston and/or SKC lose in the CCL, it's barren). There is, however, this little event going on called the WORLD SERIES, and our local group of bat-and-ball boys known as the BOSTON RED SOX are in it. If I were a betting man, I'd lay my life savings on the odds that most of you are going to at least check in on that tonight.

Well, you may not realize this, but SB Nation is pretty big, and we like to cover as many sports as we can. To that end, we have a very high-quality and successful site known as Over the Monster, which covers the BoSox with incredible detail. Ahead of Game 1 - and during it, as they run nice game threads just like we do, though with some better technology not yet available to the soccer sites, I think - you should probably check in with them. Specifically, park yourselves in front of this excellent World Series StoryStream, which will contain all the relevant stories over the next week or two. 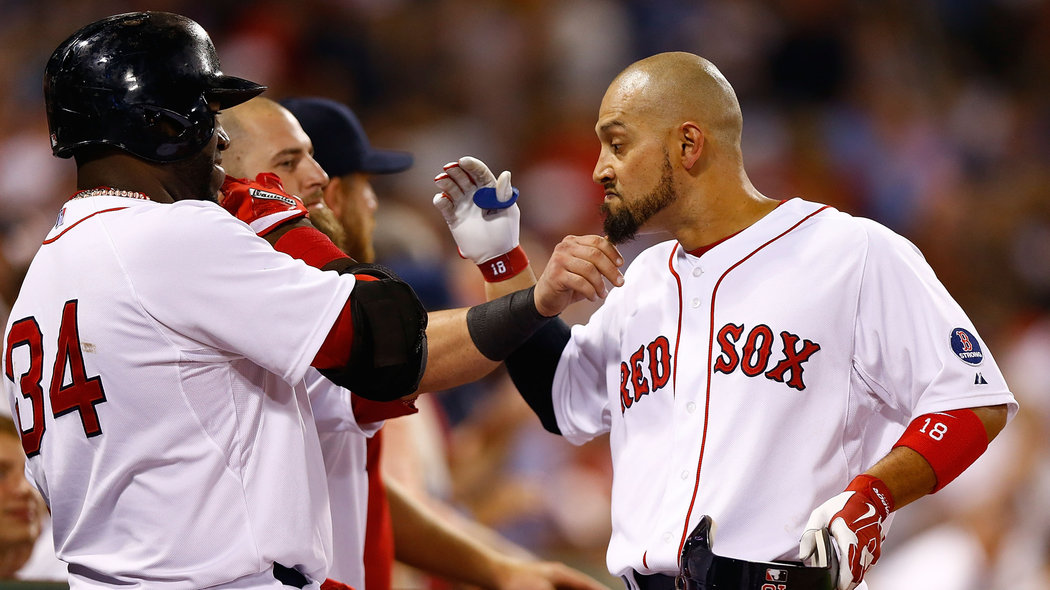 Over the Monster's complete and exhaustive coverage of the World Series, including Game One tonight.

Here are some highlights from what's already there:

World Series 2013: Five Cardinals to watch - Over the Monster
The Cardinals are led by Yadier Molina and Adam Wainwright, and also boast stars like Matt Holliday and Carlos Beltran in their lineup. There are some other studs beyond those stars, though, and they'll play a huge role in this series.

World Series 2013: The history of Red Sox - Cardinals World Series - Over the Monster
These two franchises will meet for the fourth time in yet another impressive match-up of talent.

World Series 2013: Comparing the Red Sox and Cardinals bullpens - Over the Monster
In a close series like this World Series matchup, the bullpen figures to play a huge role. So which unit holds the advantage?

World Series 2013 preview: Red Sox vs. Cardinals, a battle of baseball's best - Over the Monster

Baseball's two best teams are right where they should be as we enter the final week of October. Who will win it all?

The Over The Monster Podcast: Talk'n World Series with Will Leitch - Over the Monster

Will Leitch joins Matt Kory on the Over the Monster Podcast to talk about the World Series, the St. Louis Cardinals, and other fun things.

Truly, Over the Monster should provide you with everything you need ahead of and around the Series.

As for tonight's Boston Bruins game, I'm sure not many of us will be watching too closely. Probably just switching to it during World Series commercials. That, however, doesn't make it any less important for us to let you know that our friends at Stanley Cup of Chowder do a stand-up job of covering the B's on a daily basis. Sarah, Cornelius, and Heather are also excellent drinking buddies.

Take a look at their game preview, and then read ecozens' excellent review of the Bruins-Sabres "rivalry" through history.