The New England Revolution dominated MLS in the 2000s. Rather than dwell on the present state of the club, we remember the past glory and build an All-Decade Team featuring the best Revolution players from 2000-2009.

Who feels like analyzing why we lost to the Montreal Impact this past weekend? Not me. It's depressing.

Instead, let us together reflect on better times in club history like the 2000s where the New England Revolution were perennial playoff powerhouses, won US Open Cup, Superliga and made repeated playoff runs. The mid 2000 Revs were examples of greatness yet towards the end of the decade their form dropped off. Some might say the rest of Major League Soccer read Darwin's The Origin of Species and adapted and evolved while Steve Nicol, arms folded, failed to open the book. We are still suffering through this egregious sin.

With the amount of talent that stepped on the grass (then turf) at Gillette Stadium in a Revs kit we can build a pretty solid team. Players like John Harkes, Eric Wynalda, Ted Chronopolous, Juergen Sommer (first ever American GK to play in the EPL,) Wolde Harris are some blasts from the past you may want to consider. Make sure you build yours in the comment section; here are the criteria:

To no surprise my All-Decade Revs are coming out in a 3-5-2 formation with Steve Ralston wearing the captains band under (due to a lack of options) head coach Steve Nicol. Here's the starting lineup. 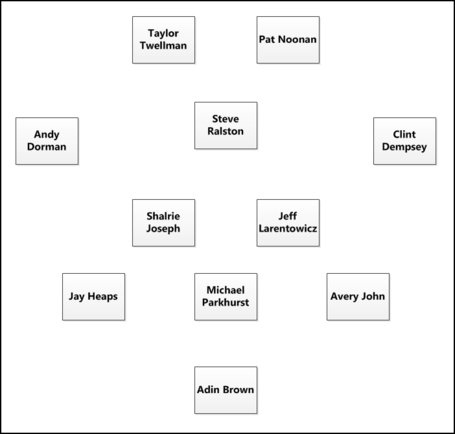 Available Subs on Bench:
GK: Juergen Sommer, Matt Reis
MID: Ted Chronopolous, John Harkes,
FWD: Eric Wynalda, Wolde Harris
DEF: Joe Franchino
I'm sure there are those who I missed, but for the most part this is the core squad that dominated Major League Soccer throughout the mid-2000's. Interesting to note that every American in the starting lineup has capped for the US Mens National except for Adin Brown, although he was called up. The three non-Americans have also made appearances for their national team, Andy Dorman with three for Wales and Shalrie Joseph with 30 for his native Grenada along with 65 for Avery John's Trinidad and Tobago.
Who would you bring in your traveling 18? Would you stick with the tried and true 3-5-2?
You can follow me on Twitter @TheIndirectKick