Revolution vs. Dallas: Know Thy Enemy Away

Share All sharing options for: Revolution vs. Dallas: Know Thy Enemy Away

The New England Revolution is preparing to close out a two-match extended road trip (they never returned to Foxboro after the LA game) against FC Dallas in Frisco. The Revs are brimming with confidence and enthusiasm after dominating the Galaxy 3-1 in LA. Dallas, meanwhile, was just spanked 4-1 by D.C. at RFK in a match that saw Daniel Hernandez red-carded and most of Dallas's defense turned to mush.

Despite that loss, Dallas remains a team full of talent that really ought to be up there with the top contenders in the Western Conference come season's end. Brek Shea is an obvious danger man, but the strength of a defense anchored by Ugo Ihemelu and George John, sitting in front of Kevin Hartman in goal, cannot be understated. Furthermore, the addition of Blas Perez has given the Hoops the out-and-out goalscorer and pure forward that they've been looking for since losing the MLS Cup in 2010.

TBM: The First Kick victory over New York was an encouraging start to a season with high expectations in Frisco, but it seems like the Hoops are falling off, and quickly. Losing a close one to SKC is understandable, but dropping a 4-1 result to DC in which Ben Olsen's young guns totally dominated almost all phases of the game is a truly worrying prospect. What do you think is going on with Dallas right now, and what do they need to do to right the ship? Or do you think maybe that any panic right now is an overreaction?

DR: I think it's still really early to make any judgments. FCD had three points through four games in 2010 when they went to MLS Cup and they had four points through four games last year in a season which they were very competitive through most of the year. The loss to DC was very troubling, but coach Hyndman may have gotten the team selection wrong in starting Brek Shea & Carlos Rodriguez who were coming back from Olympic duty and were clearly exhausted. That shouldn't be a problem on Thursday.

The most troubling aspect to things is the defense because there are no excuses as to why they've given up eight goals in four games which is almost double the rate from last year. FCD has built their reputation in the last couple years as a team that doesn't give up a lot of goals so this is a big problem.

TBM: Blas Perez scored the only goal against DC, and while I was watching, he looked like he was built to be in that starting lineup. What sort of impact has he had so far, and where do you see him in the Golden Boot race at the end of the year?

DR: Blas has been, hands down, the best FCD player through the first month of the season. He's had a hand in every goal Dallas has scored so far and is simply a pure finisher that so many teams in the league don't have. He was brought in here to finish the chances that other guys couldn't and he's done that without being provided much service. See his goal in DC, he may have been offsides but realistically how many forwards in the league finish those types of chances?

He's a guy that will hassle your backline the entire game and you'll probably hate him by the end, but he's a guy that you love to have on your team and hate when he's on the opposition.

TBM: Give us an under-the-radar player that Revolution fans should watch out for.

DR: I'm not sure how under the radar Fabian Castillo is anymore, but he's a guy that should return to the starting lineup against the Revs after missing the last three games due to an injury from a Thierry Henry challenge(imagine that). He's a speedy right winger with a ton of tricks in his bag and a guy that can finish his chances well too. When he combines with Brek Shea on the other wing, it's a deadly duo paired with Blas Perez in the middle. We only saw it for 30 minutes in the regular season vs New York but it was very potent.

TBM: Who do you think FC Dallas fears most on the pitch for New England?

DR: Well there's the two guys that you always worry about with New England and that's Shalrie Joseph and Matt Reis. Shalrie is the type of player that can change a game with one great play and watching him battle Blas Perez the whole game should be pretty fun to watch. I think the thing I'm most impressed about with Shalrie is that he has played forward, midfield and defender at an extremely high level. Very impressive.

Matt Reis is the other guy who, when he's on, can earn you points on his own. I still remember him stealing the 2007 US Open Cup and I'll never forgive him for that. I'm also very interested in seeing how local product Lee Nguyen does in his first game in Frisco. He'll certainly be very motivated for this one playing against an FCD team that had their chance to sign him last year and chose not to.

TBM: Finally, give us your projected starting XI and a scoreline prediction. 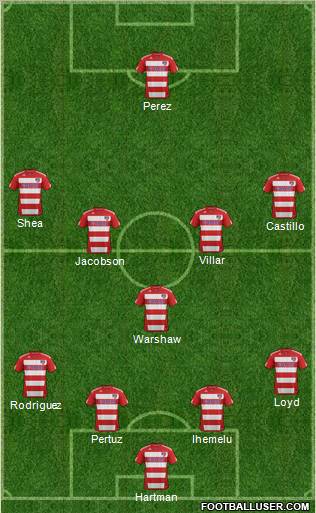 Tough to see FC Dallas losing this one after the last three games. They need a win much more than New England does and I think they'll get it with Fabian Castillo back on the field for FCD. 3-1 FC Dallas.