I'm dubbing this one a classic "late-onset hangover". You think you made it through like a champ, unfazed by the events of the night before (yes, I know the game was 2 days ago... SORRY). You are feeling good, and then BAM--it's like 4pm and suddenly you can barely stand up and the trashcan is your new best friend.

The more I think about it, the more aggravated I get. Sure, the mindset going into this game may have been that a win would be a miracle, but a point would be a victory (considering we were blanked the last two trips to Rio Tinto by 6 goals and 5 goals respectively). But, there is just no excuse for giving up the 2 goal lead and a man advantage and settling for just a point from a draw. And it seems like most people are on the same page regarding that. Many might argue that a point on the road is a "good result". Not this one.

What I'd like to dwell upon is, once again, the substitution choices. Firstly, I just don't think that Zak Boggs performs very well off the bench. When someone like Sainey Nysassi or Kenny Mansally come on off the bench, you can tell there are some fresh legs out there. Boggs, however, just falls short for me. In Monday's game, Boggs replaced Nyassi at around 65 minutes. Now, while Nyassi played more time, Boggs still had a solid chunk of action. Let's once again refer back to mlssoccer.com's chalkboard feature for a quick comparison: 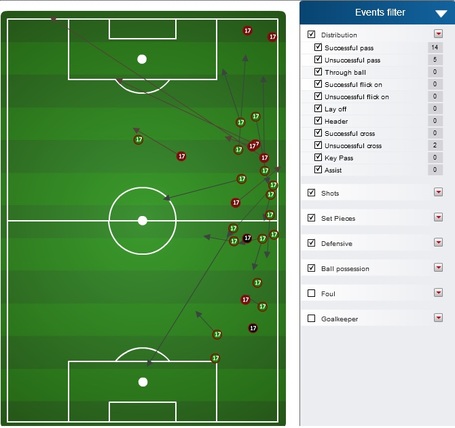 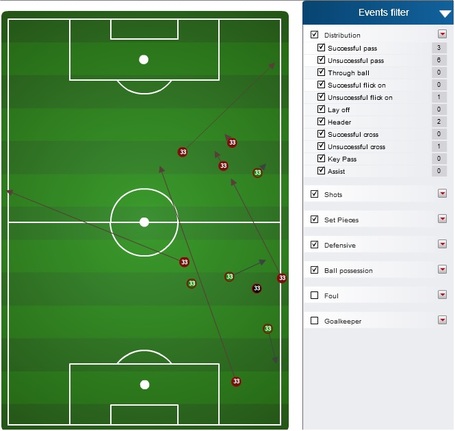 What sticks out to me right away is in the distribution-Nyassi had 14 successful passes and 5 unsuccessful passes compared to Boggs' 3 successful to 6 unsuccessful. I'm not much of a math guy, per se, but that seems somewhat glaring. Was it an off game for Boggs? Yeah, maybe. Hell, Nysassi even had a pretty quiet game compared to others. But, the point I'm trying to make is that Nicol's substitutions have been questionable. I think that this in this particular game was a pretty good example of that.

Can we get a big round of applause for Matt Reis though? This guy has to have found the fountain of youth somewhere, because he has been pretty on form lately. Despite allowing 3 goals in this match, there were plenty of others that he saved, and I think that he is an invaluable cornerstone to this club right now, especially considering that we just cannot pass the ball.

Seriously, if you took a tally of the most common word found in my game notes aside from "the", "is", and a few four-letter expletives, the next most common on the list would be "giveaway". Even the guys I usually have faith in to string together some passes just seem to peter out, and when it counts THE MOST, to boot. If I was conducting practice with this team, I'd have Kevin Alston, Zak Boggs, and Rajko Lekic practice just passing the ball to each other for at least 2 hours a day. Every time the ball slips out of bounds, you take a lap and do 50 push-ups.

So, while we're on the subject, let's talk about my buddy Rajko. As predicted, by criticizing him last week in this segment, the result was a goal in Monday's game. I see a pattern. "But it was a penalty kick" you say. Do I look like I care how the goal happened? Even if it was a goal off something as ridiculous as a rogue balloon on the field, so be it. I will say this though, the PK was warranted, the red card was questionable. I'm not going to argue, obviously, but that's out there for the record.

Back to Rajko, I actually thought he had a better game. That's not to say that he had a particularly good game, but better-especially considering that for some bizarre reason Nicol thought it would be a good idea to go back to the 4-5-1 formation; a formation that has clearly been so effective this season. But I still want more, and so consider this some harsh criticism, Rajko (hint hint, nudge nudge).  Less arguing/ throwing your hands up and more skills, please.

At this point, we need to win a minimum of 8 games of the 16 that we have left if we want any semblance of a chance at making the playoffs. I guess we are lucky that the Eastern Conference table is so close. It's sink or swim time, boys.

We're halfway through the season, there's no room left for stupid mistakes. And yet they are aplenty out on the pitch. Is this season already over? Comments: leave them.